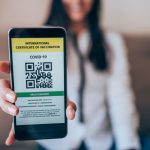 OSHCstudents – Australians are one step closer towards travelling overseas again after the federal government released details of a digital border pass. 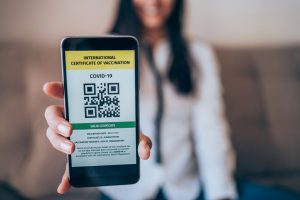 A combination of vaccine passports and QR code check-ins are on the way in Australia. Photo: Getty

The DPD will capture a passenger’s vaccination status up to 72 hours before boarding and will be developed by international IT firm Accenture, after the company won a government tender valued by the Nine Newspapers at $75 million.

The new declaration form will enable the federal government to share the travel, health and vaccine status information of international travellers with state and territory public health authorities.

Ms Andrews said all Australians looked forward to once more welcoming international travellers, and that the government was taking proactive steps to ensure the safe reopening of the border at scale when supported by health advice.

​​“This will help us to welcome home increasing numbers of Australians, and welcome the tourists, travellers, international students, skilled workers, and overseas friends and family we’ve all been missing during the pandemic.”

The government said the DPD will now move into a testing phase before being deployed, at scale, through major Australian airports.

Government ministers have repeatedly said Australians can look forward to a return to international travel once 80 per cent of the adult population has been vaccinated.

Based on current vaccination rates, COVID Live forecasts Australia will hit that target on November 17.

The new digital border pass will be completed by passengers using a smartphone or computer before boarding a flight to Australia.

Minister Robert said the Morrison government would consider using similar technology to deliver a suite of digital upgrades to other government services.

Thousands of Australians stuck overseas have indicated to the Department of Foreign Affairs that they wish to return home but have been unable to do so.

Earlier this month, Prime Minister Scott Morrison said expats had carried a “very heavy burden” for the past 18 months.

He said Australians stuck overseas would be able to return home later this year and be able to quarantine at home.

You are international students, foreigners arrive to Australia and Australian citizens traveling abroad are looking at OSHC, OVHC, travel insurance, please contact OSHCstudents Team at email: info@oshcstudents.com and our partners for further information and assistance.