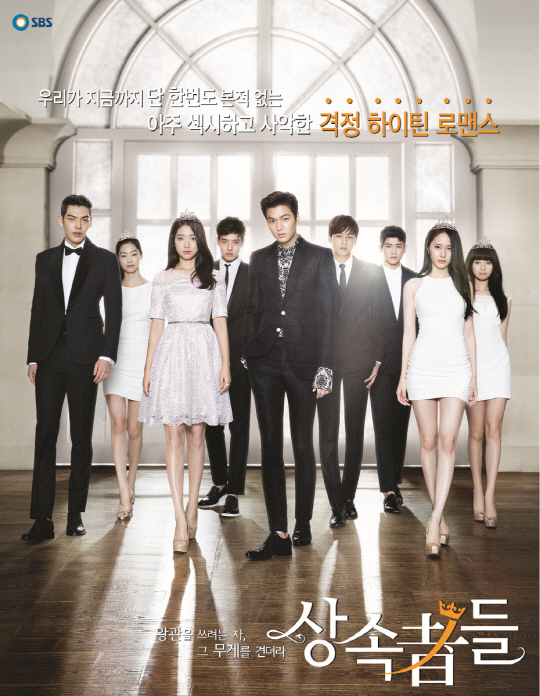 You need to enable JavaScript to vote

“The Heirs” depicts the friendships, rivalries and love lives of young, rich heirs led by Kim Tan (Lee Min-Ho) and a girl named Cha Eun-Sang (Park Shin-Hye). Unlike the others, Cha Eun-Sang is considered ordinary and comes from a poor background.

18-year-old Cha Eun-Sang lives with her mother who is mute. Her mother works as a housekeeper and Eun-Sang also works part-time jobs to help out. One day, Eun-Sang’s older sister (Yoon Jin-Seo) calls from the U.S. and informs them that she will marry. Eun-Sang’s mother then asks Eun-Sang to send her older sister some money from her savings account. Eun-Sang isn’t happy with her situation and decides to go to the U.S. herself to see if she can start a better life with her sister.

When Eun-Sang arrives in California she is in for a shock. Her older sister lives in a filthy home with a deadbeat boyfriend who seems violent. Her sister is also not getting married or going to school and works full-time as a waitress. When Eun-Sang finally tracks down her sister working at a beach front restaurant, she takes the money Eun-Sang brought for her wedding and leaves without even saying goodbye. Eun-Sang’s dreams of starting a better life in America quickly vanishes and she crumbles to the ground in tears.

Meanwhile, Kim Tan is not your typical high school student, but a handsome and wealthy Korean heir to a large conglomeration. He is sitting out on the patio of the beach front restaurant, watching everything unfold between Eun-Sang and her sister. Kim Tan’s American friend then sees a ziplock bag with a powdery substance fall out of Eun-Sang’s suitcase and runs over to scoop it up. Kim Tan knows immediately that the ziplock bag doesn’t contain drugs, but rather powder grain to make traditional Korean drinks. Soon, Eun-Sang runs off after Kim Tan’s friend and Kim Tan goes to help Eun-Sang. When the dust is settled, Eun-Sang walks out of a police station and her passport is temporarily confiscated. With nowhere to go for Eun-Sang, Kim Tan offers to let her stay at his home. Although they seem to come from different worlds, they quickly develop a rapport for each other. But, when Kim Tan is at school, Eun-Sang meets a girl named Rachel (Kim Ji-Won). Rachel informs Eun-Sang that she is Kim Tan’s fiance and she demands that Eun-Sang leaves his home immediately. Eventually, Eun-Sang returns to South Korea.

Kim Tan now feels nothing but emptiness after Eun-Sang’s departure. He decides to go back to Korea even though his older stepbrother Won (Choi Jin-Hyuk) strongly opposes his return. When Kim Tan gets back to his luxurious mansion like home, he sees someone briefly that resembles Eun-Sang. Kim Tan goes to his mother Ki-Ae (Kim Sung-Ryoung) and asks about the unfamiliar, but familiar girl that he briefly saw. His mother tells him that the girl is their housekeeper’s daughter and her name is Cha Eun-Sang. She’s also staying in their home. 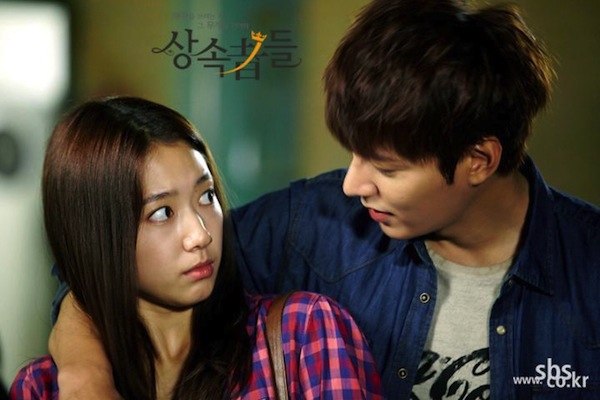