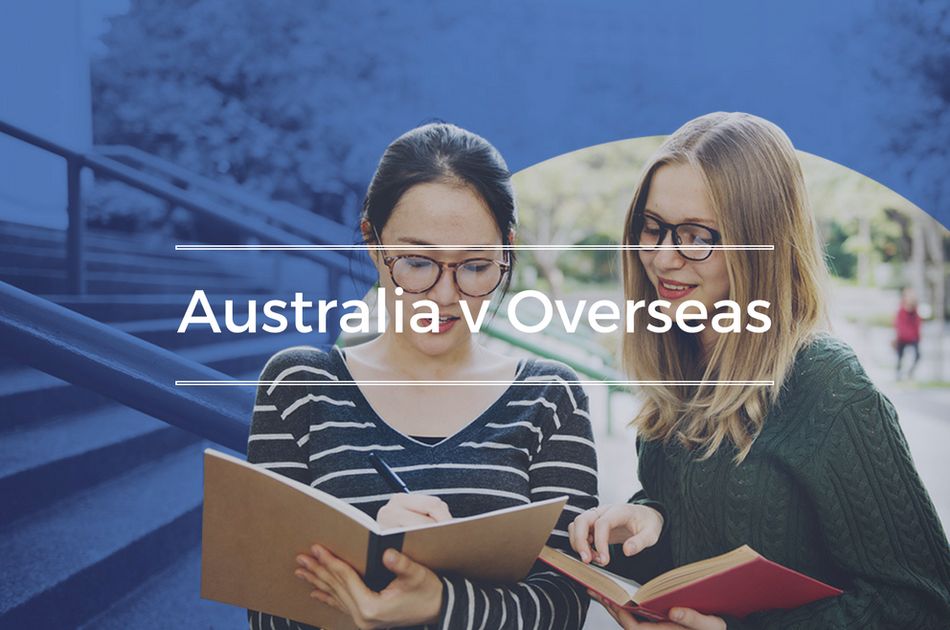 Boston, Mass.: Home to Harvard, one of the most prestigious universities.

Australia: home of some top notch universities, the most liveable city in the world, a tonne of beaches, coffee connoisseurs, warm climate and a solid work-life balance!

It sounds too good to be true!

I know where I’d want to be. 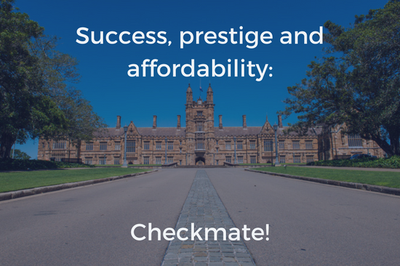 While Oxbridge and the Ivy Leagues are often considered the best in the world, have you ever really stopped to question why?

What’s more, have ever questioned what’s actually gonna be the best for YOU?

I mean, when it comes to figuring out the best, what are we actually looking at? prestige? lifestyle? success?

These prestigious schools can’t possibly be the best match for everyone.

Whatever you consider the “best”, Australia has you covered on all bases!

Lifestyle: home to the most liveable city, Melbourne. check.

Success: University of Sydney is ranked number four in the world for graduate employability. Check.

Prestige: More than half of Australia’s public universities feature in the world’s best 500 research institutions according to 2016 Academic Ranking of World Universities. Check.

Australia boasts the world’s highest concentration of international students, which currently sits at around 20% of the country’s higher education enrolments, compared to the global average of around 7%.

And part of that has to be Australia’s lifestyle.

Not only are the cities immaculately liveable, but we have safer streets, better public transport, beautiful beaches, and world-class beer, wine and sun … all year ’round!

What’s not to love?

One of the frothiest (really good) countries in the world 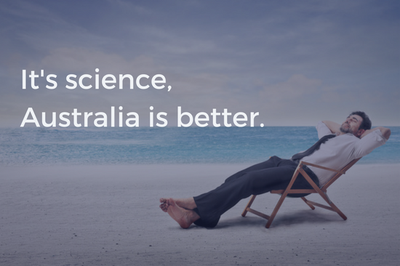 Here’s a quick summation of your thoughts at college in the US or UK:

“OH GOD, ANOTHER ASSIGNMENT!? I LITERALLY JUST FINISHED TEN. HELP! I HAVE NO TIME TO SEE MY FRIENDS OR CLEAN MY DORM ROOM!! ARGHH! WHO AM I ANY MORE?!”

Now here’s a quick insight into your thoughts while studying in Australia:

“Yo, dude, we only have lectures today. Wanna head to Bondi for a surf and then hit the pub to watch the sunset and head back home to watch the lectures online before class tomorrow?”

And, naturally, you say to your thoughts “yes, yes I do.”

The point is, according to the OECD Better Life Index, Australia is better than most countries in a wide-variety of categories.

For example, Australians scored 8.5 out of 10 for Community, which is an indicator for social support networks.

Mateship is really important in the country, so you’ll always have friends to help you out.

The country also scored 8.9 for life satisfaction, which is measure of how happy people are in that country.

Only New Zealand and the Scandinavian countries were happier, while the UK and the US languished behind with scores of 6.0 and 7.3, respectively.

It’s part of the Australian culture to relax, not take everything so seriously and enjoy a few beers or vinos with your loved ones.

But how good is the education? 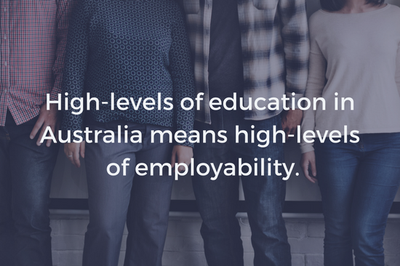 In 2017-18, the Australian National University is the highest ranked university in Australia. It’s the 6th best university in the world for studying politics and 32nd for employability. So if you study at ANU, you’ll be a political whiz and you’ll be valued highly by prospective employers. Whats not to like?

Plus, it’s a fairly non-exclusive school which means getting in is simple.

While the benefits of Ivy League colleges far outweigh any Australian university in terms of employability and education – the fact Ausralian universities are so open to anyone means you can get a world-class education much more easily than in the US.

In fact, Australians are also some of the most well-educated people in the world. The OECD Index rated them an 8.0, which is on par with Korea – famous for it’s extremely rigorous education system.

What that means is the vast majority of Australians finish high-school, while a third go on to tertiary education.

The Climate – why put yourself through sub-zero temperatures?

In the US, if you’re not in sunny California, the climate can be oppressive.

In other places on the east coast, such as NYC, it’s marginally better but still not great, with a 4°C winter average.

And in the UK, it’s more or less the same just with more rain! The average temperature for a UK Summer, fails to reach 20°C. Nah ah. No, thanks! Not for me.

In fact, that’s so cold that even the water temperature in Summer at any one of Sydney’s stunning beaches reaches higher average temperatures than that, ranging between 21.9 – 23.7°C.

In Australia, Sydney averages a balmy 13°C over the winter months. Compared to the US and UK, that’s almost beach weather … at the coldest time of year!

Remember the OECD Better Life Index from before? Well, Australia scored 9.7 for environment. Literally the third best in the world. Environment is scored on factors, such as water quality, climate and pollution.

Completely eliminate the risk of getting snowed in, waking up to freezing temperatures or having to ever step out of the nice warm shower and face a below freezing day.

Come to Australia! Where you’ll drink clean water, face little pollution and live in the best climate in the world.

You want to study here: 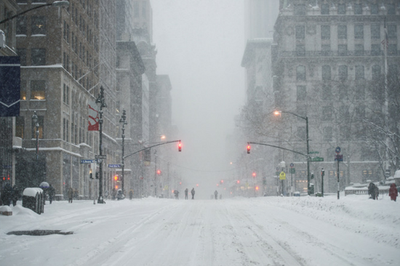 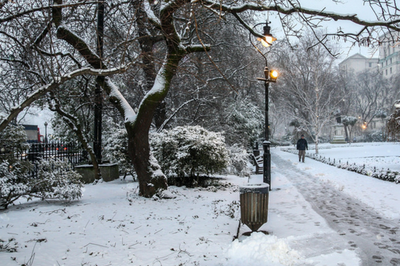 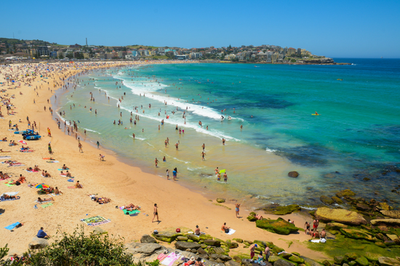 Get your priorities in order, dude!

We all hear the stories about how crippling student debt can be in the US.

The lack of government support often leaves students and families in the red having to scramble to pay tuition.

Unfortunately, the support isn’t much better for international students in the US, in fact, it’s worse. Only five US colleges offer full-need support for non-american students.

It’s estimated a full-year’s living and tuition fees at the very top-tier US universities are likely to add up to around US$60,000 per year (QS World University Rankings)

While that rate can come in lower, regardless of which college you study at in the US, particularly as an international student, college ain’t cheap!

Domestic students in Australia on the other hand are eligible for the Higher Education Loan Program (HELP). The government offers five types of loans to Australian citizens and permanent humanitarian visa holders. They are:

HECS-HELP is a scheme which helps Commonwealth-supported students to pay their student contribution amount;

If you’re not an Australian citizen, a HSBC report says the average cost per year of study in Australia for international students is US$32,950, inclusive of both living and tuition fees.

Still ain’t cheap, but it’s definitely cheaper. Plus, you get the choice to live by the beach in Sydney, Brisbane or Perth; or in the most liveable city in the world, Melbourne.

Come to Australia and make some top notch friends 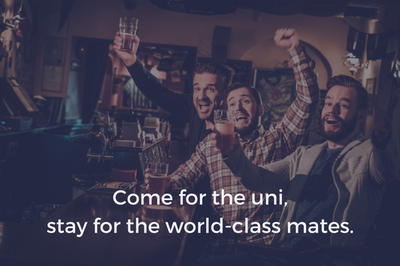 We all know that the enjoyment you get out of university is made up in large by your class mates.

In Australia, our most famous, respected and idolised politician is Bob Hawke, who’s best known for skulling beers at cricket matches.

Even more impressive, he used to hold the world record for finishing a yard glass of beer, which he downed in 11 seconds. ‘Straya!

Australia has beaches and is always warm.

So wrap your hands around a frosty cold frothie, hop on a plane and get over ‘ere to the great land of Kangaroos, Koalas and Vegemite!